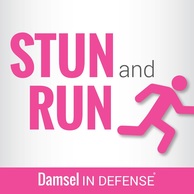 Fact or Fallacies About Stun Guns

FALLACY #1: (Men) "She's safe, she's got a gun in her purse. She can shoot him before he gets close."
FACT #1: No she isn't safe, and no, she can't stop him from a distance! Women are not attacked on the street the same way as men are. One second she's walking alone, the next she's got company, and he's pulling her into his body. More women are found battered, bleeding or dead with a gun or other weapon still in her purse. There is no warning!

FALLACY #2: (Women) "I don't want to get that close. I don't want to have to touch him."
FACT #2: Unfortunately, you have no choice. The attacker will be touching you! With a stun gun, you will be in the ideal position to stop him.

FALLACY #3: "If the attacker touches me while I'm shocking him, the electricity will shock me too."
FACT #3: It won't and it cannot. The battery in the stun gun is direct current and becomes grounded in the attacker’s body and can't come back into you. In fact, all that a stun gun can do is stop the attack. It does this by electrically overloading the attacker's voluntary muscles (ability to move and speak) so the muscles give up and collapse without killing or permanently injuring. The attacker becomes immobilized in seconds and stays that way, long enough for you to leave the scene, get help or restrain the attacker until the police arrive.

FALLACY #4: "I'm afraid if I ever use it, the person might have a heart attack and die."
FACT #4: The electricity of the stun gun short circuits only the nerve impulses going to the voluntary muscles and does not affect the other systems.